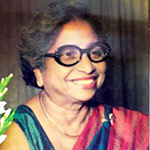 Known as the ‘Doyenne’ of hospitality education in India Ms Philip was one of the pioneers in this field and was the 3rd principal at IHM Mumbai. She was a legend of her time and contributed significantly to the growth of the hospitality industry. Her efforts were rewarded when she was portrayed on the ‘CERES’ medal issued by the united nations FAO and her works were also recognized by the government of India when she was bestowed with the ‘Padma Shree’ 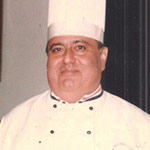 Chef Arvinder Sodhi started his career with the Oberoi group. He was the first Indian chef sent by WelcomGroup on the luxury liner QE2 to cater for their VIP guests at the restaurant Tables Of The World [from Mauritius to Colombo to Madras]. Chef has had the privilege to Cater for Prime Minister of Uganda and former Prime Minister of India Late Mrs. Indira Gandhi at the Oberoi Palace, Srinagar. Chef has conducted Indian Food Festivals at Bangkok and West Germany and has formulated several innovative recipes, which have been published in various prestigious magazines.